Yesterday I couldn’t believe almost half of October was already gone and I had not baked something with pumpkin in it!  Instead of making the usual pumpkin muffin, I decided to try my second attempt at baking donuts, PSL donuts to be exact!  (Pumpkin Spiced Latte)  I used a can of pumpkin puree to save time and modified a recipe to include more ‘spices’ such as cinnamon, nutmeg, and vanilla.  For the glaze I created a coffee icing and topped it with some cinnamon or chopped pecans.  I always wondered how people were able to form perfectly round donuts.  Even with a donut baking pan, I found that the first time I tried baking donuts they turned out lump-y.  Luckily I stumbled upon the key tip on Pinterest = piping bags!  I used my plastic piping tool and it did wonders in producing a perfectly formed donut.  This recipe is definitely a keeper for next year’s fall baking. :)  Only thing was that the icing melted a bit overnight, so I would recommend decorating the donuts the day you are sharing these delicious goodies with others! 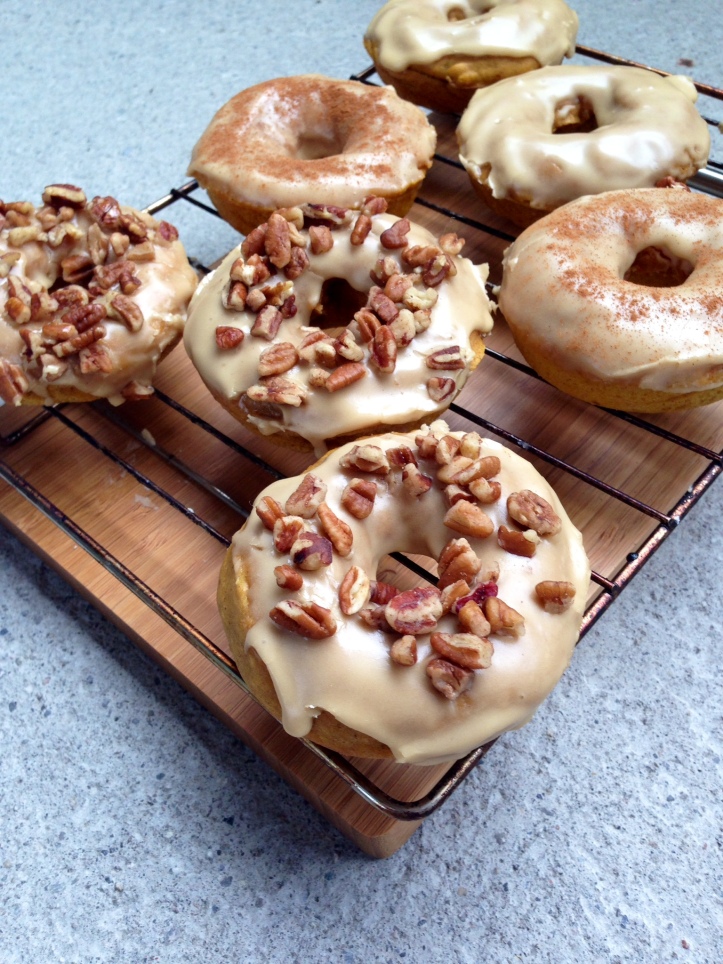 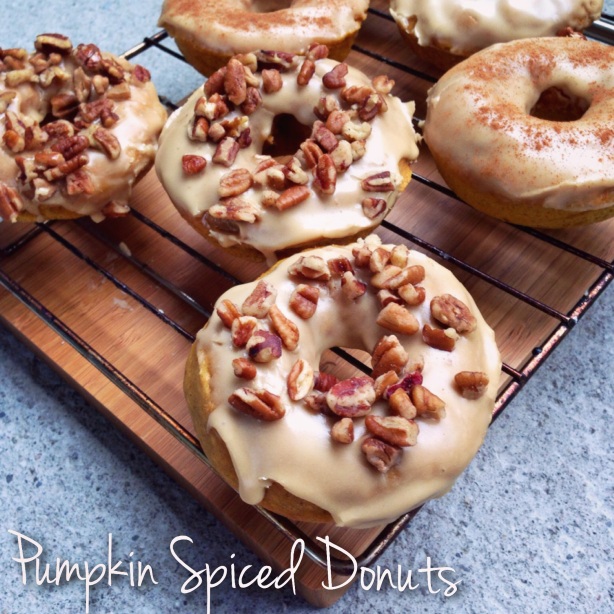 COMBINE: flour, sugar, baking powder, baking soda, cinnamon, nutmeg, and salt into a bowl and mix.  Then add in pumpkin puree, vanilla, eggs, milk and butter into the dry ingredients and blend on blow speed until batter is thick and a little sticky.

SPRAY PAN: with cooking spray and set aside.

PIPE: by putting the batter into a ziplock bag (end cut off) or pipping tool.  Do not over fill the pan as the donut will rise!

BAKE: for 12-14 minutes.  Insert a toothpick to see if donuts are done (when toothpick comes out dry they are done).  Transfer to a wire rack and let the donuts cool down.

COFFEE ICING: combine sugar and coffee together in a bowl while you are waiting for your donuts to cool.  When the donuts are cooled, dip them into the icing and then transfer to wire rack.  Garnish with cinnamon or chopped pecans and then let the frosting set.  Make sure you don’t dip your donuts in the icing while they’re still hot, or else the icing will melt right off!