For a recent Super Bowl party I wanted to bring a dessert, but I couldn’t decide between making brownies or rice crispies bars so I made both and merged them together with melted marshmallows.  With the success of that recipe, I decided to bake it again but instead made a graham cracker crust on the bottom versus brownies.  I definitely preferred the graham cracker crust, as it added a nice crunchy texture in contrast to the marshmallows. This recipe was also extremely easy to put together and required little time for actual baking (only 8 minutes for the crust!).  The hardest part was just waiting for the bars to cool in the fridge before cutting and eating them.  I’ve already made this recipe again because of the stellar reviews from my friends! :) 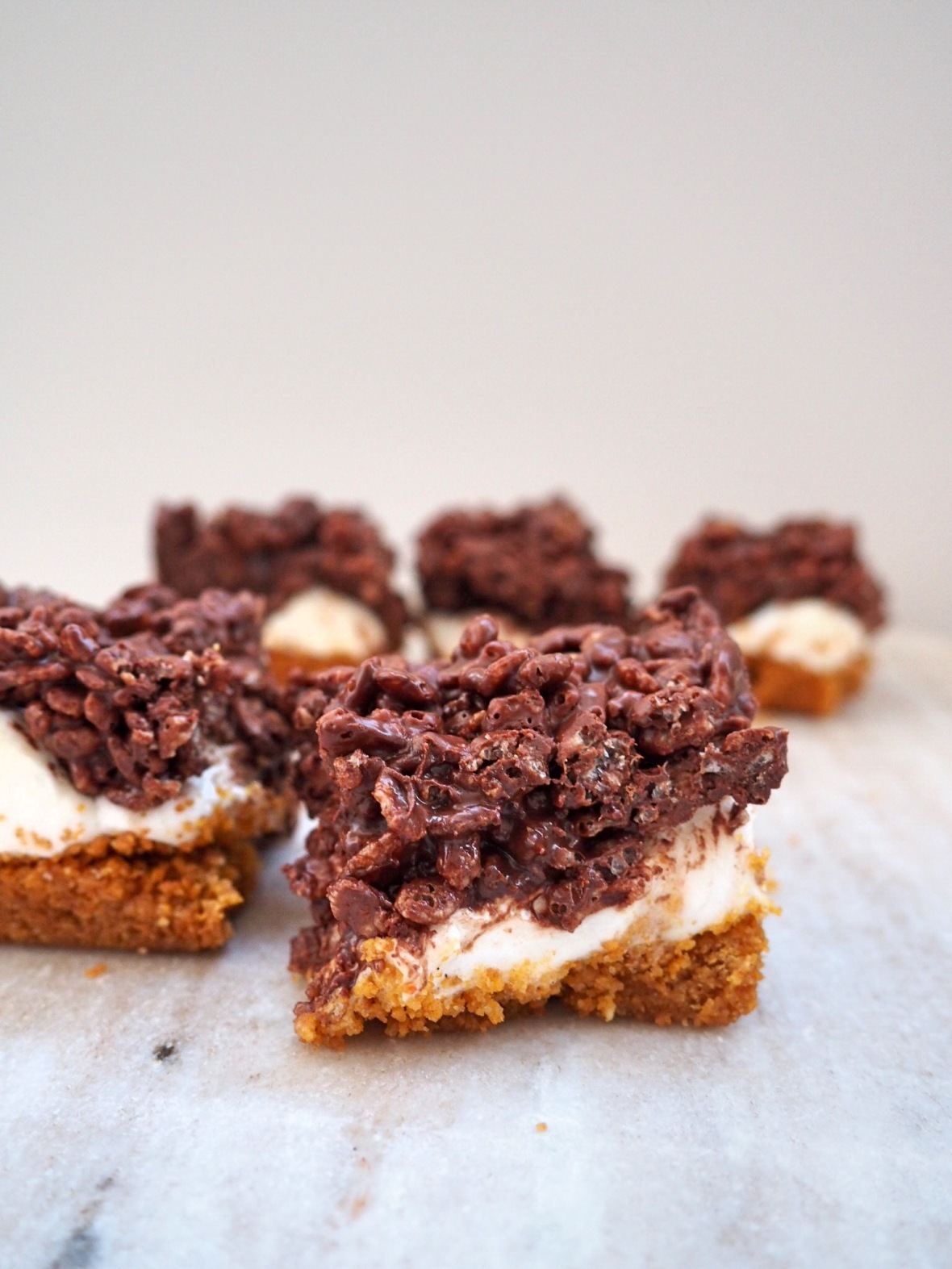 BAKE: for 5 minutes. Add in cut marshmallows, covering the graham cracker crust.  Bake for another 3 minutes and then take out of the oven to cool.