Week 7 baking adventures with yeast!  This weekend I decided to bake some star bread.  A couple weeks ago I stumbled upon photos of star bread online and instantly feel in love with how beautiful it looked.  I couldn’t find that many star bread recipes online that had been reviewed, but I ended up making the dough recipe from Two Cups Flour and instead adjusted the filling to include butter, brown sugar and cinnamon.  I was surprised at how easy this dessert was to make!  The only tricky part was the twisting & pinching of the dough to form the star.  I also later realized there’s two version that you can create, pending which part of the twisted dough you pinch together.  The dough turned out super fluffy and the butter/cinnmaon sugar mixture inside also helped create a nice sugar crust on the bottom of the star bread.  This is a great recipe to share with others for breakfast or dessert.  It’ll definitely impress others based on the beautiful presentation! 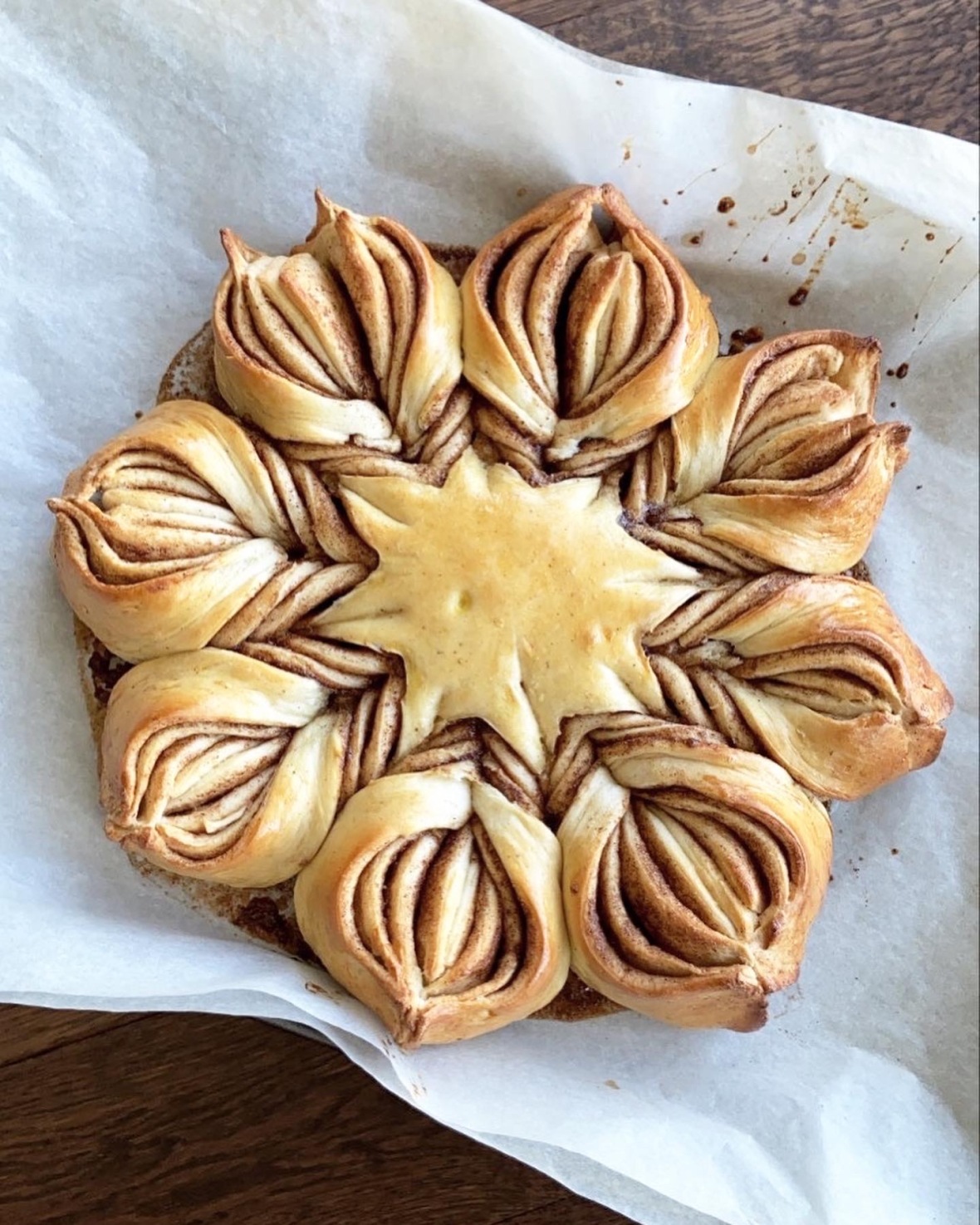 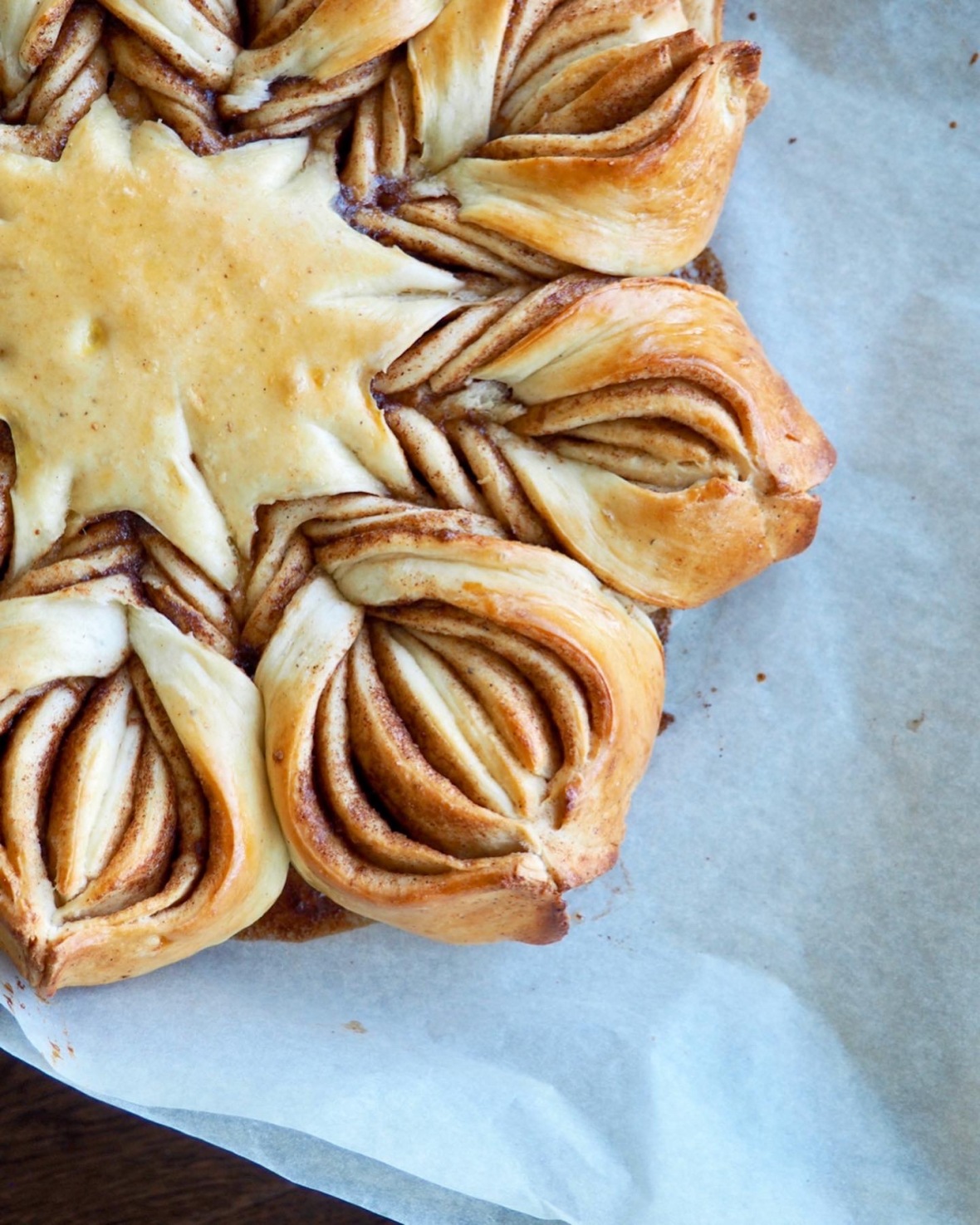 MELT: the 3 tablespoons of butter first so that it can cool back to room temperature.  Microwave for 15 seconds then check on the butter, melt for 5 more seconds if needed.

MAKE THE DOUGH: I leveraged the Two Cups Flour recipe to make the dough.  To warm the milk, microwave for 30 seconds and then check temperature.

ROLL THE DOUGH: I leveraged Cafe Delites blog post, as it had step by step images on how best to roll out the dough and fill it.  Make sure to prep a baking sheet with parchment paper before you start rolling the dough.

CUT & TWIST THE DOUGH: Probably the hardest part of this recipe!  I again followed some instructions from Cafe Delites blog post, but I later noticed there’s a couple ways to twist and pinch the dough to form into a design.  This blog post also has some visual steps.  Either way works!

PROOF THE STAR BREAD: By covering the formed star bread and letting it rise until it becomes noticeably puffy, about 30 – 45 minutes.

BRUSH: the star bread with a thin coat of the beaten egg.

One thought on “The Prettier Cinnamon Bun – [Cinnamon Star Bread]”